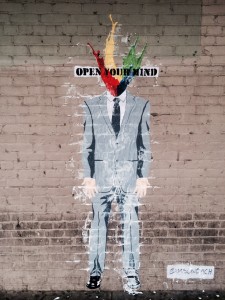 [/vc_column_text][/vc_column][vc_column width=”1/2″][vc_column_text]The term virality derives from the word viral. In the context of digital media, this involves the spreading of information and opinion.  Virality was coined with the onset of social media and implies that information across social media platforms can spread like an epidemic.  When a piece of information is passed to more than one person, it becomes an epidemic outbreak.  This spreading behavior would perhaps be better associated with the word contagious, which is defined by something that is likely to spread to and affect others.[/vc_column_text][/vc_column][/vc_row][vc_row][vc_column width=”1/1″][vc_column_text]Contagious marketing is a form of viral marketing that uses pre-existing social networking services to produce an increase in brand awareness and to achieve other objectives through self-replicating viral processes.  Mark Granovetter, an American sociologist and professor at Stanford University, developed a widely accepted theory on the spreading of information in social networks known as “The Strength of Weak Ties.”  This widely accepted theory suggests weak ties can reach audiences and populations that cannot be reached by strong ties merely because of the diffusion of information within a network.[/vc_column_text][vc_cta_button2 h2=”KILL THE MYTH” style=”rounded” txt_align=”left” title=”Sign me up” btn_style=”rounded” color=”blue” size=”md” position=”right”]

Kill the Myth about viral content and influencer.
Get your FREE chapter of the book